The City of Angels

Bangkok, Thailand’s capital, is a large city known for ornate shrines and vibrant street life. The boat-filled Chao Phraya River feeds its network of canals, flowing past the Rattanakosin royal district, home to opulent Grand Palace and its sacred Wat Phra Kaew Temple. Nearby is Wat Pho Temple with an enormous reclining Buddha and, on the opposite shore, Wat Arun Temple with its steep steps and Khmer-style spire.

Had the funniest thing happen today, a tuk tuk driver was running a scam which I picked up on pretty quickly. When I told him I would not be using his services he got instantly pissed off and informed me I was stupid. I let him know that calling people stupid is probably not the most ideal way of getting customers, hahahahaha.
This time around in Thailand, I have noticed a very aggressive attitude from business owners and the local markets. If you do not purchase, many of them get quite indignant, some actually tell you how displeased they are. I think they get so many tourists, they just don`t give a toss if they upset a few.

Tried to purchase a new pair of swimming shorts today, went to many of the local markets to have a look. Found a few that were promising but left them all due to not being able to try them on to see if they fit. I am not sure how people are supposed to buy clothes if they don`t know that they fit. I think this is totally unreasonable so if you are travelling to Thailand be aware. I also had this problem in Chiang Mai.

Checked out Khao San Road. Ridiculously loud and obnoxious tourists, music so loud your brain vibrates and many insects are sold cooked on a skewer, everything from scorpions to tarantulas and locusts. There was also a crocodile BBQ. 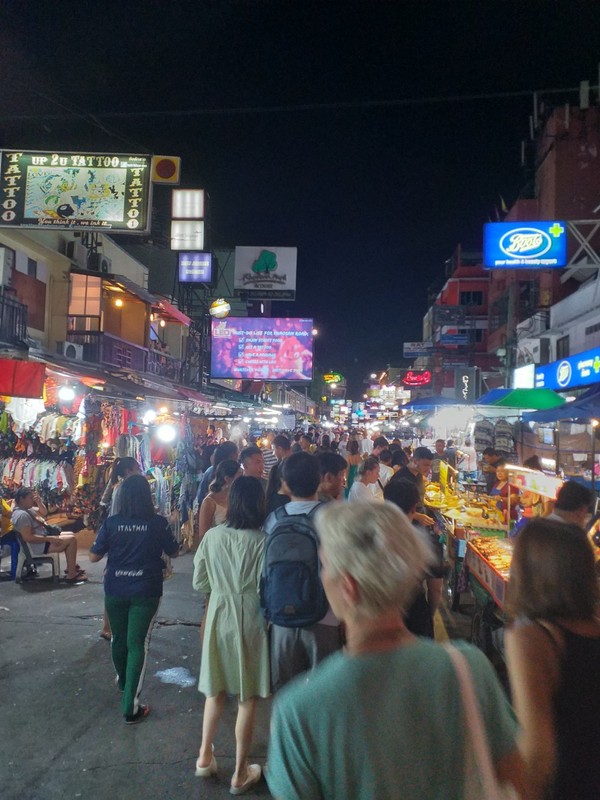 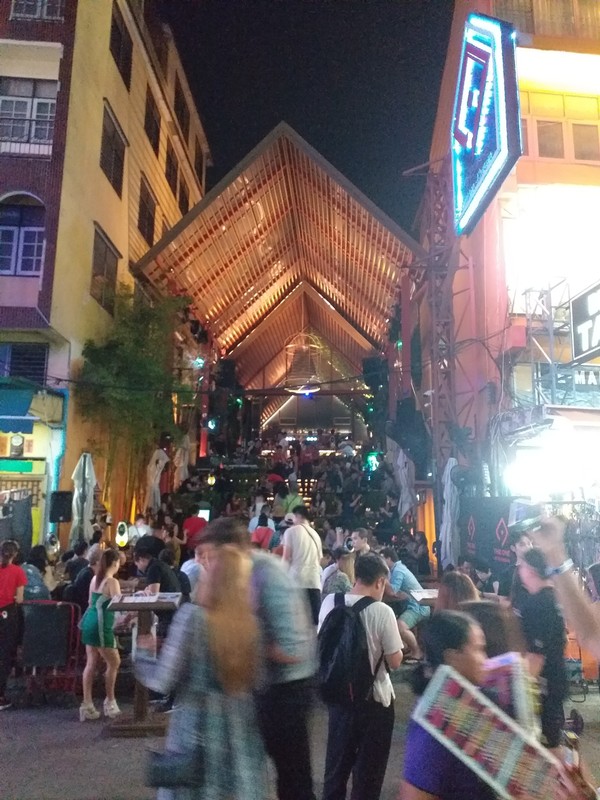 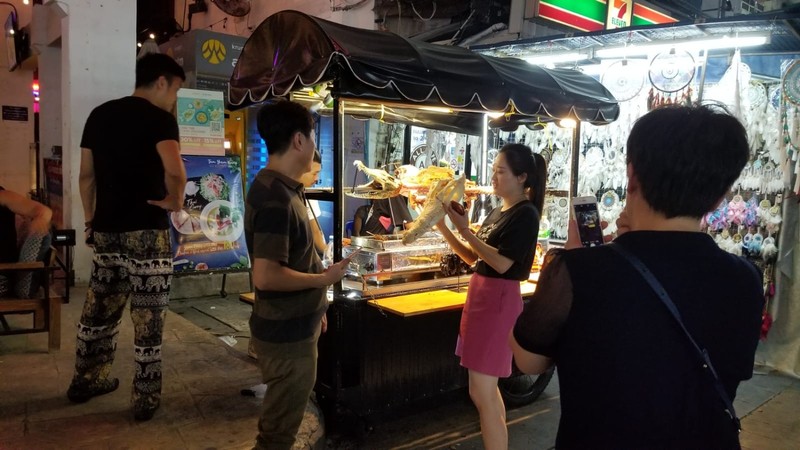 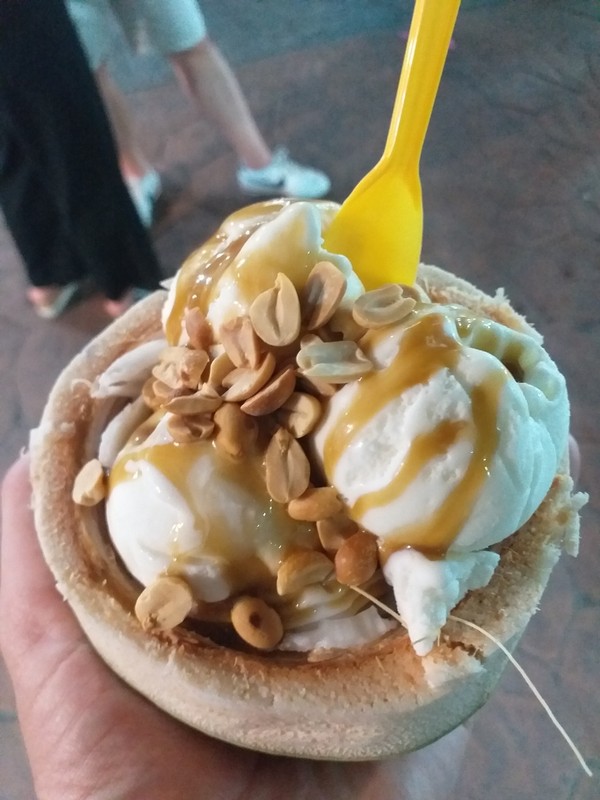 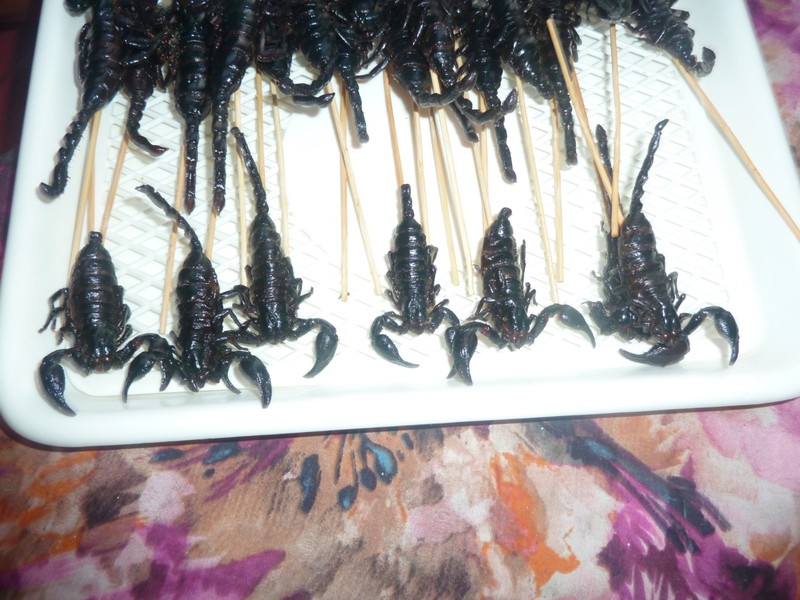 Went to Jim Thompson`s House this morning. Jim was according to all information was an american spy who made his home in Thailand. He was well known in Thailand as he built 6 teak structures that became his home. He also built them following and adhering to the Thai customs. This meant that all the buildings are elevated 1 floor above ground to avoid flooding during the rainy season. Jim was also a collector of art, so there are many rare and old pieces throughout his home that is now a museum. 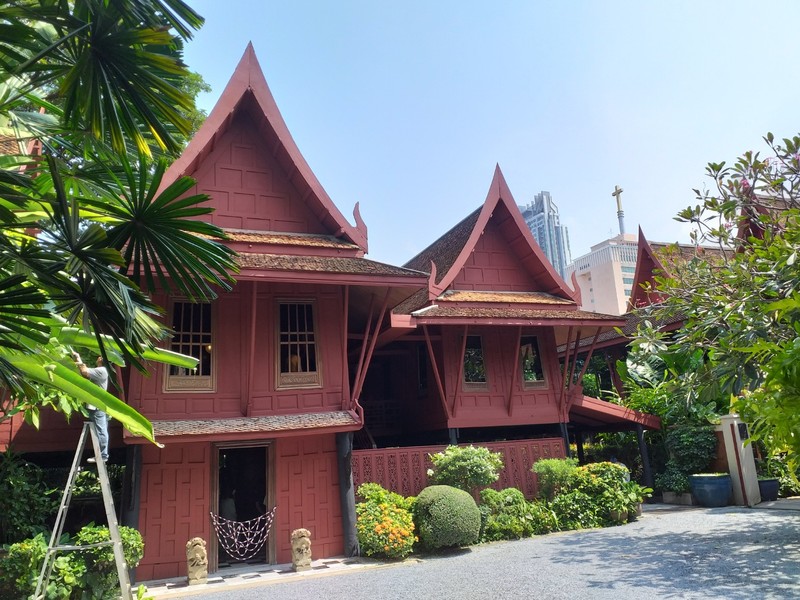 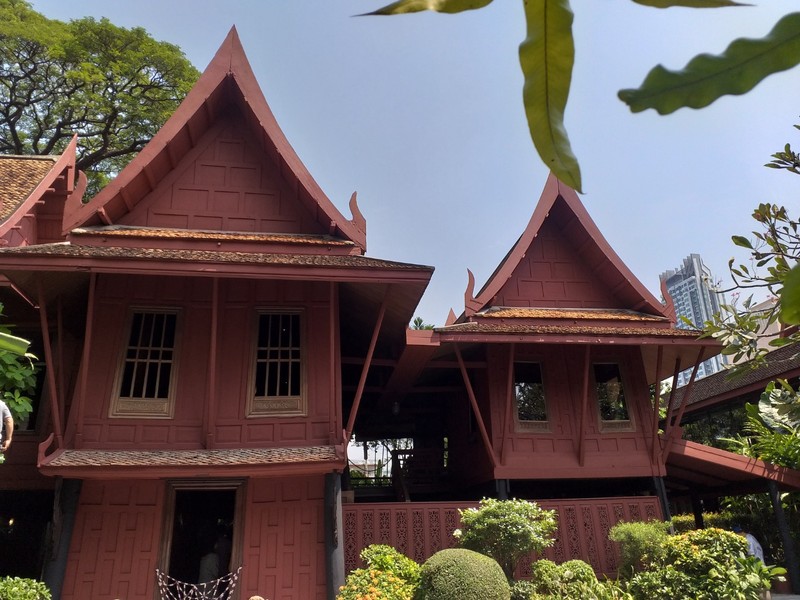 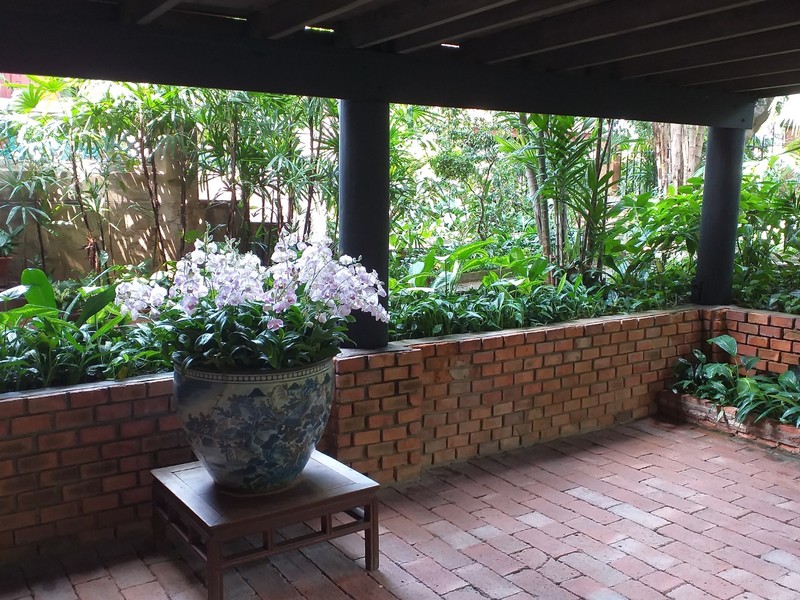 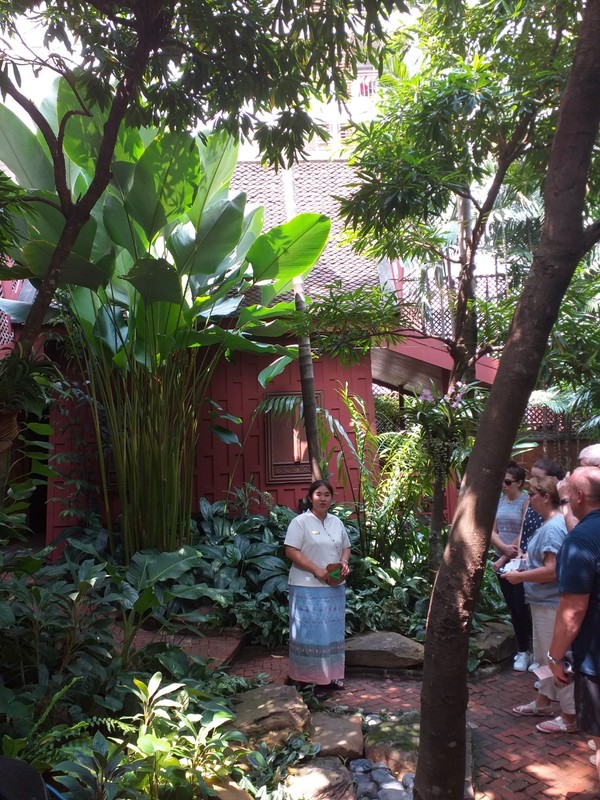 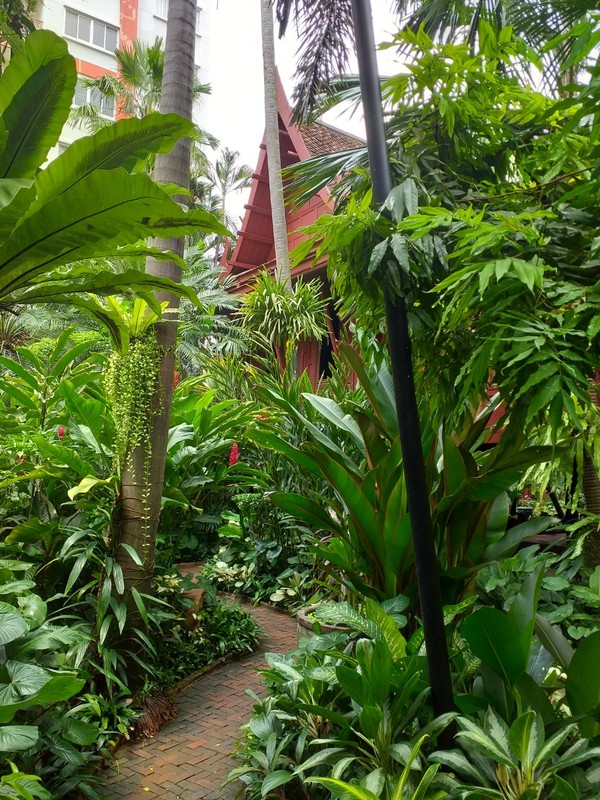 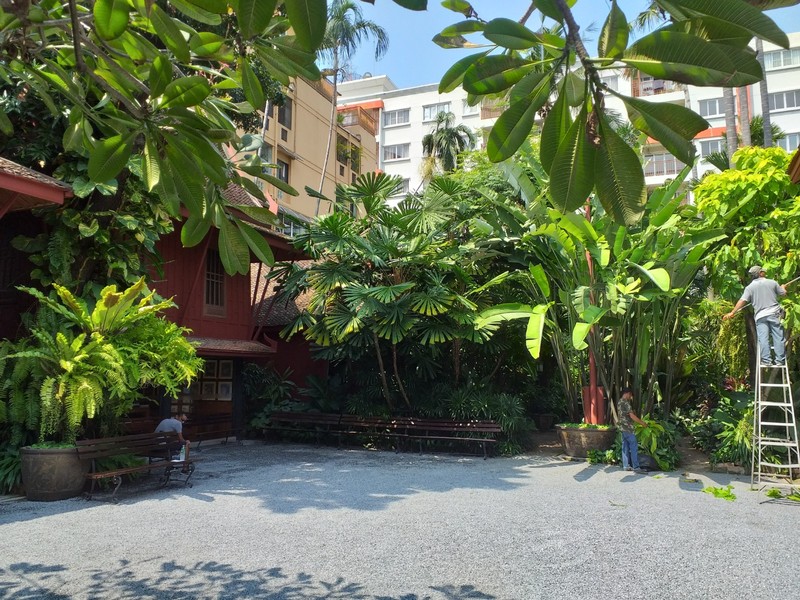 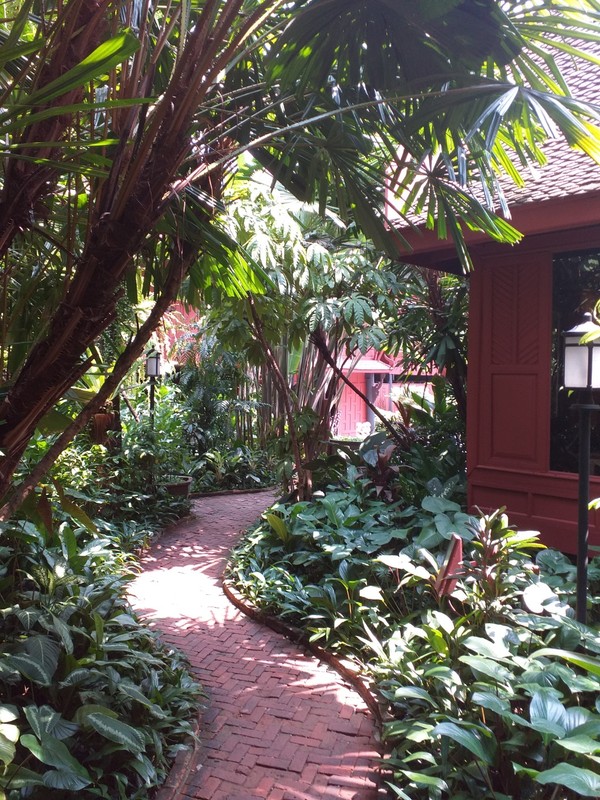 There is a jadestone statue in one of the many gardens that is 1400 years old (pictures below). 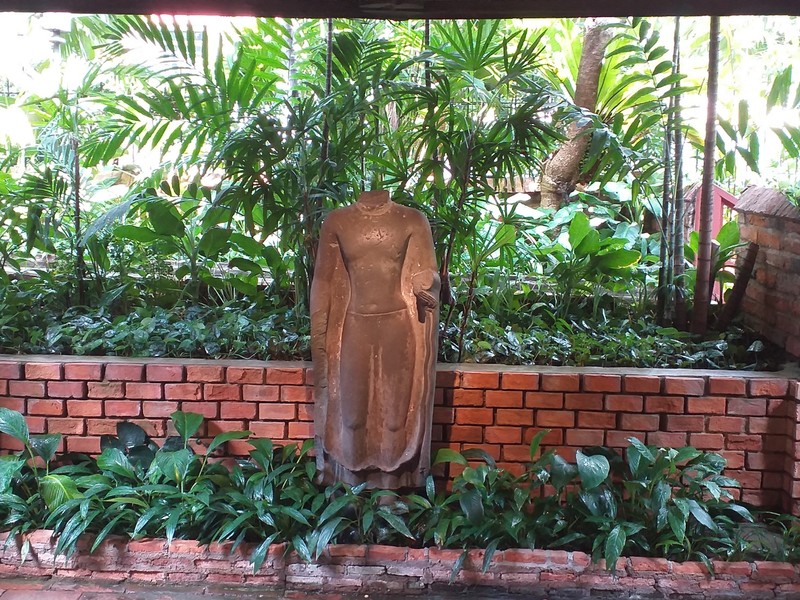 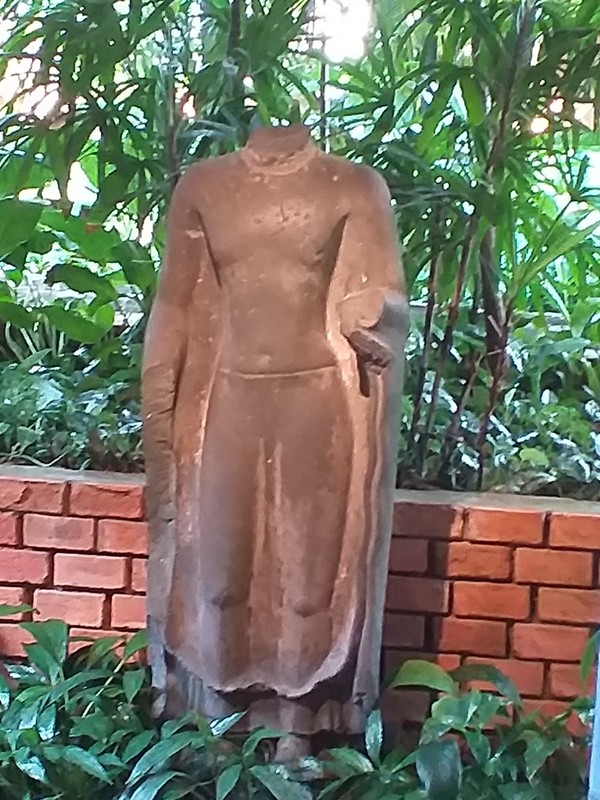 On March 26th 1967 Jim disappeared while visiting the Cameron Highlands in Malaysia. The local authorities spent 2 years looking for clues to where he may have gone but to this day not a single clue has turned up. 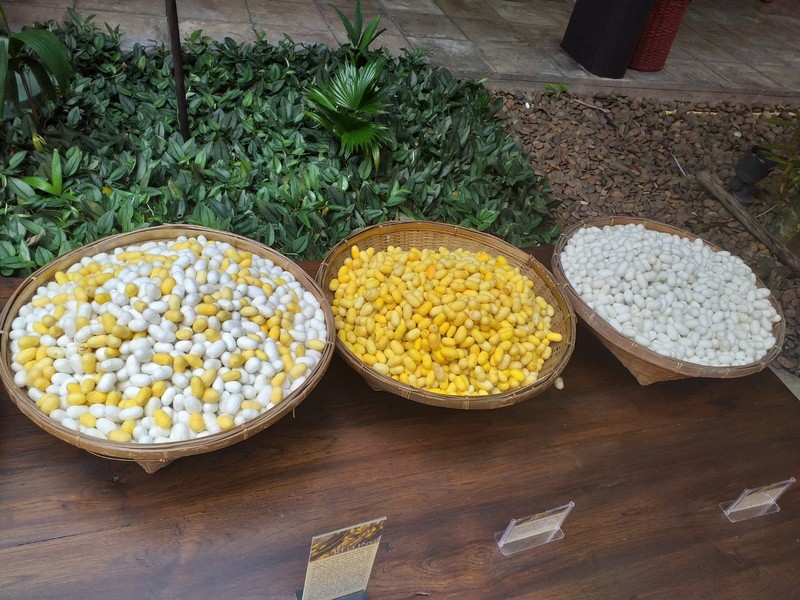 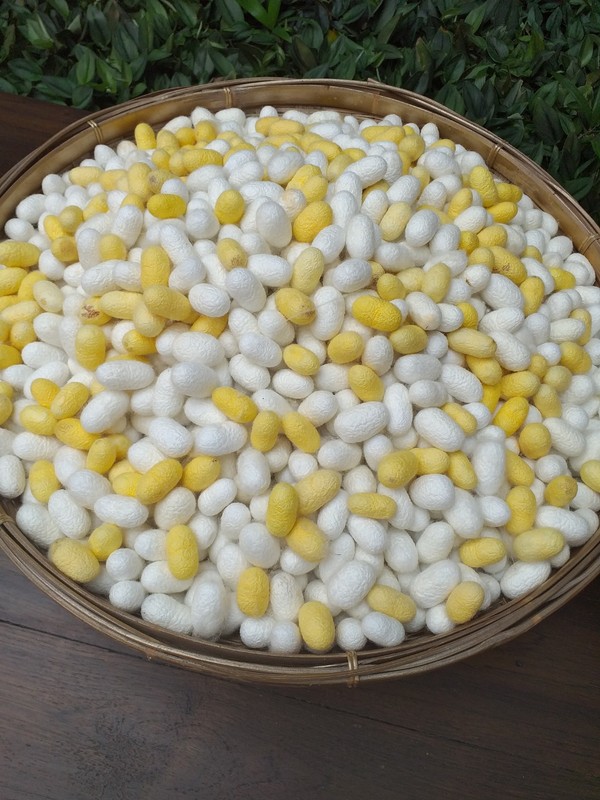 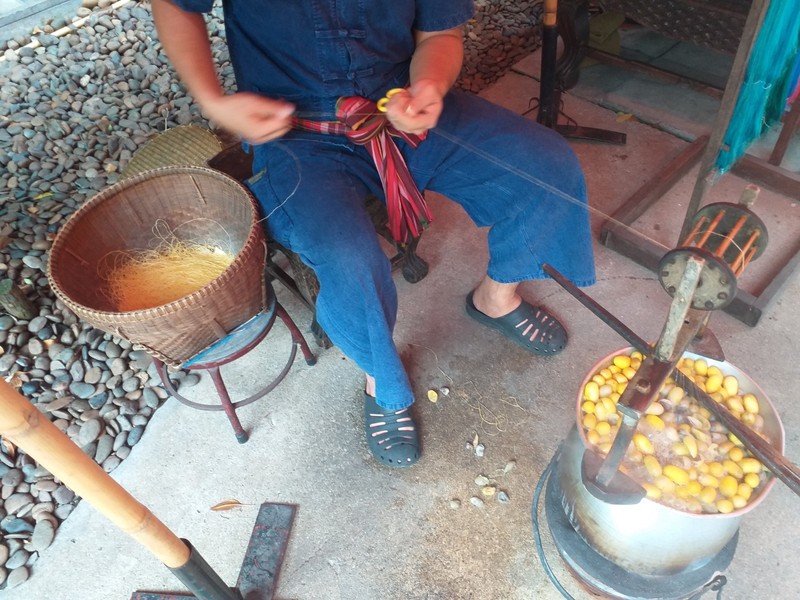 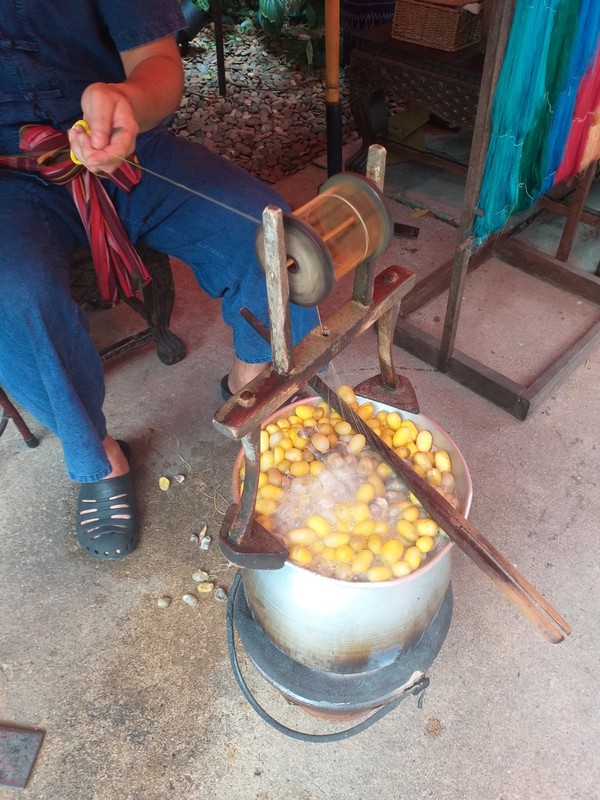 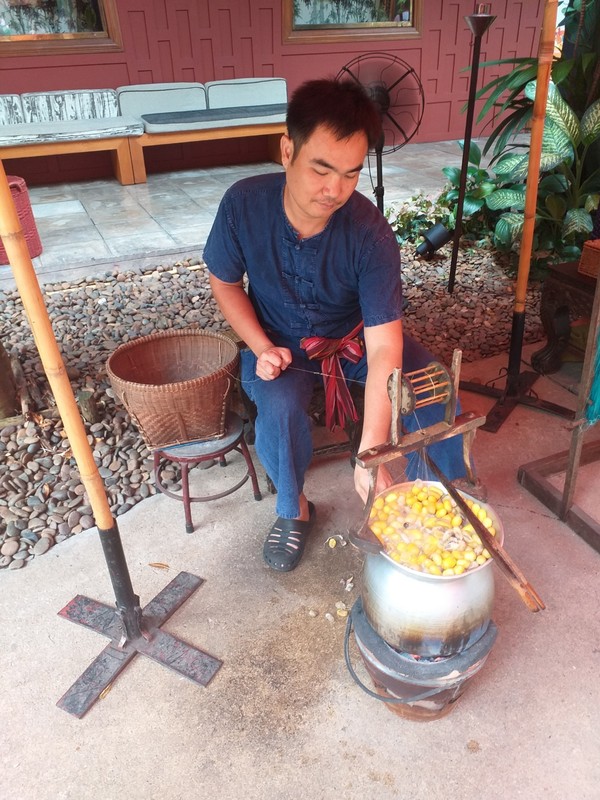 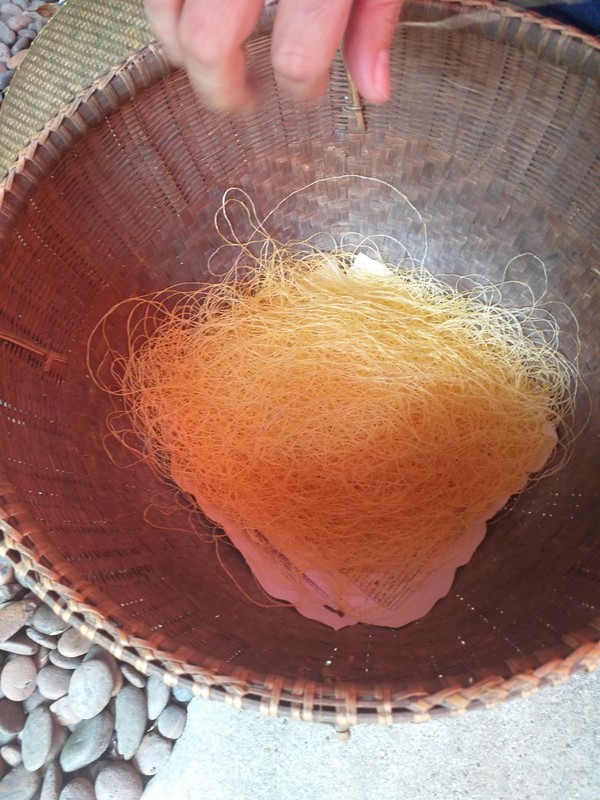 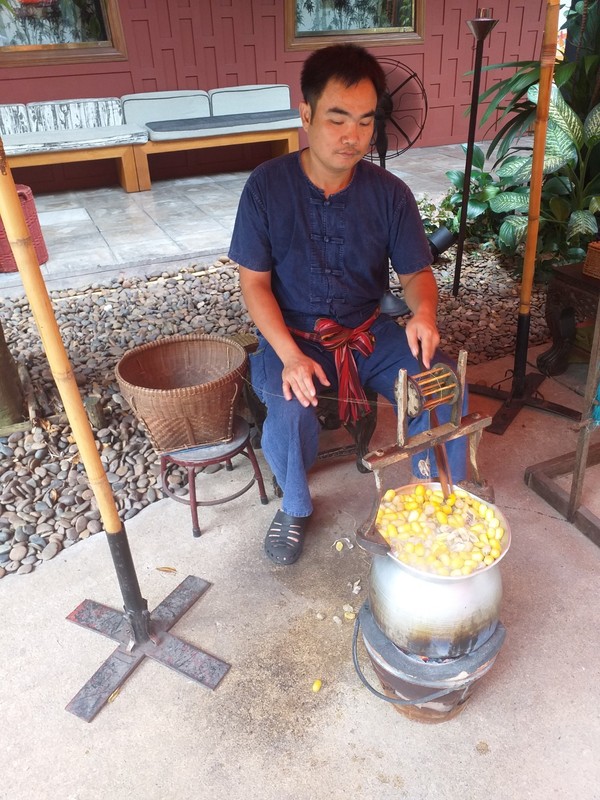 Experienced an authentic Muay Thai boxing tournament between 6.30 - 10pm at Rajadamnern Stadium. It cost $1800 Baht ($90 NZD) but I had amazing seats in the club area which gave an amazing view of the ring and fighters. There were 9 fights and 1 knockout. 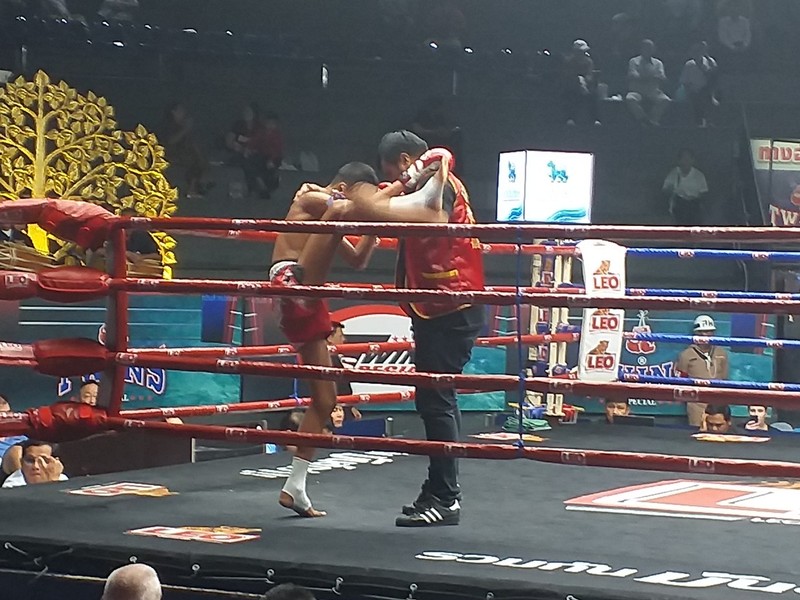 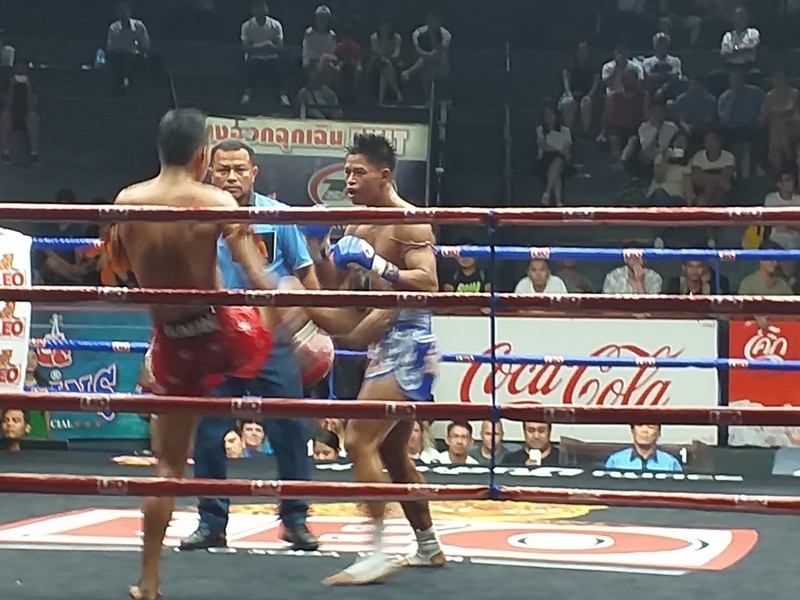 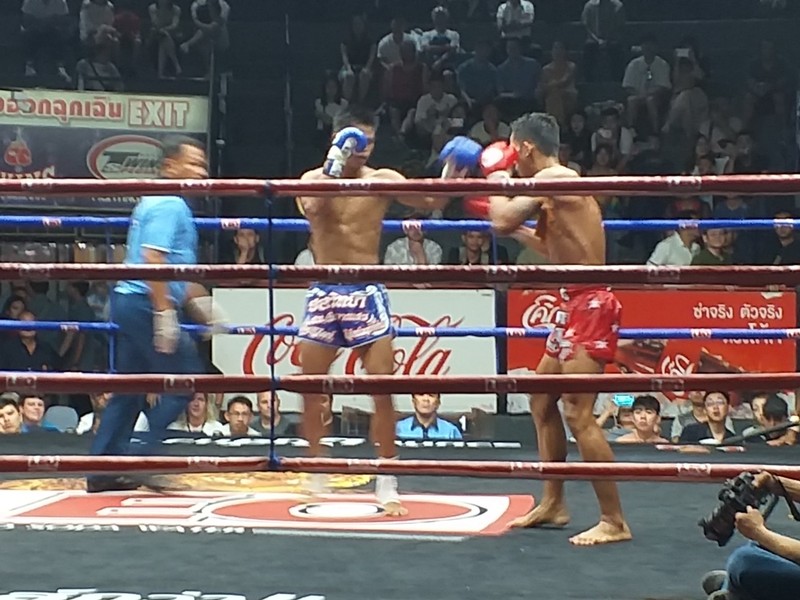 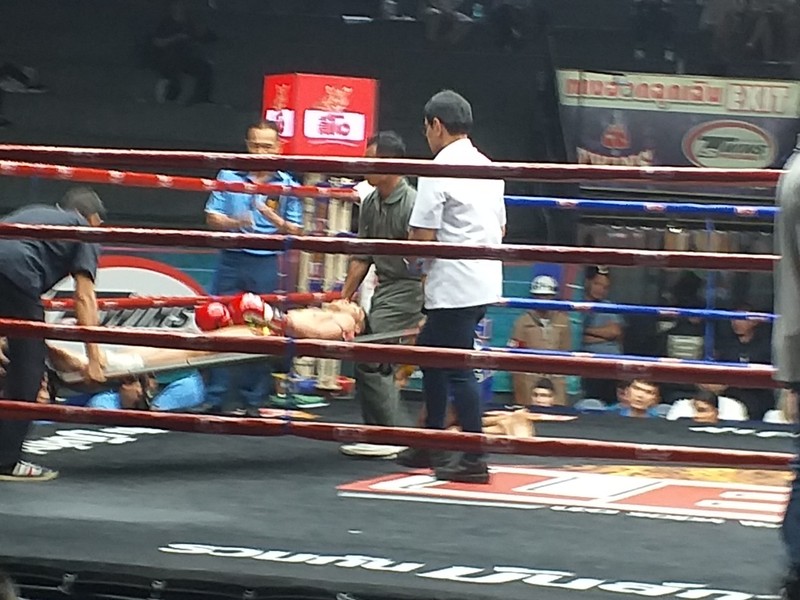 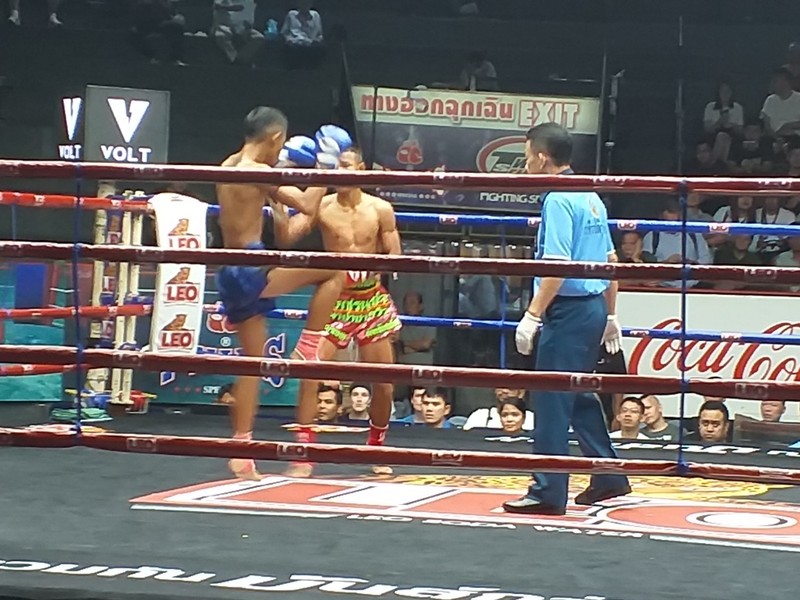 Posted by Geete01 03:01 Archived in Thailand

Previous Next Table of contents

Comments on this blog entry are now closed to non-Travellerspoint members. You can still leave a comment if you are a member of Travellerspoint.

If you aren't a member of Travellerspoint yet, you can join for free.